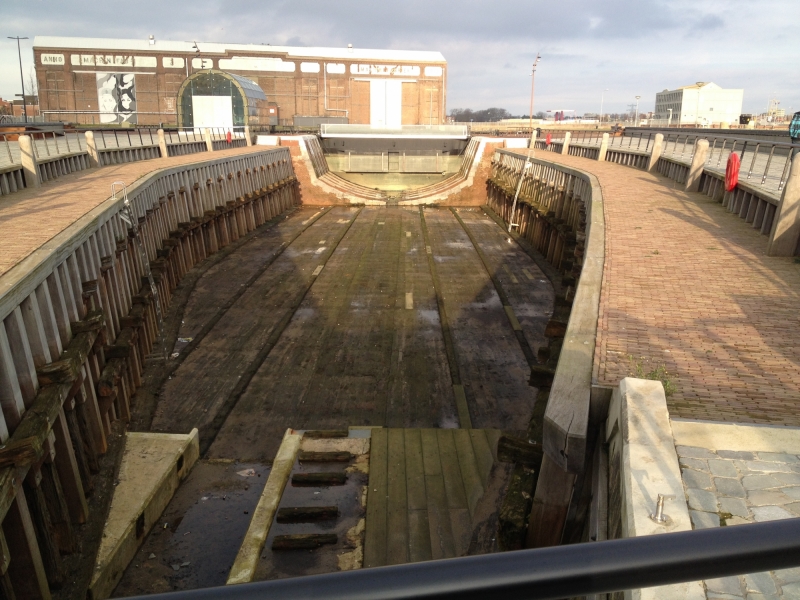 The dokje van Perry (Perry’s dock) is the oldest dry dock of the Netherlands, and one of the oldest of Western Europe. The dock dates back to the year 1705. Since 1964, the dock has been a listed building. In 1974, when the Schelde grounds were expanded, the dock ended up below grounds. In 2010 it was decided to excavate the dock again, and restore it.

In the dokje van Perry, a so-called ship caisson (bateau porte) was used. The caisson could be steered into the entrance of the dock and, sunk in its socket, it serves as the floodgate of the dock. When the dock was excavated, the ship caisson was also exposed.

The caisson had to be fully renovated for future use.

For the engineering department the order consisted of:

Flushing is a seaport town and a municipality in the province of Zeeland.